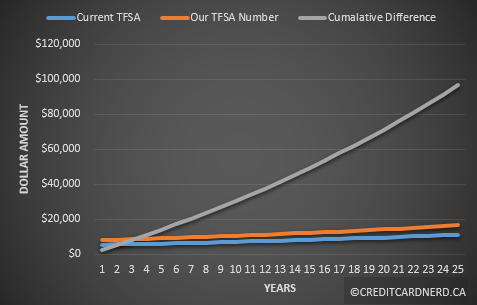 I think the $10,000 TFSA contribution limit was a mistake by the Conservatives, because there was no way to sell it to the middle class that don't pay attention to their savings and no way to tell someone with a government pension on why other Canadians may need the extra space to save for retirement.  A number like $8,150 in 2016 and $8,050 ($44,701 x 18%) for 2015 would have been an easier sell and would have made it much harder to reduce a savings plan that helps the Canadians that need it the most.