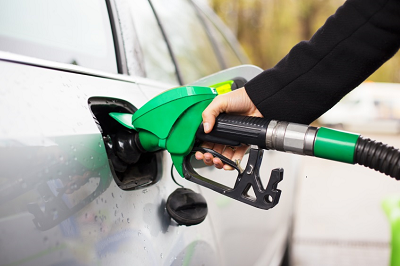 Which Countries Owns a Piece of the Canadian Oil Sands?

The oil sand projects are long life operations in a stable country, but involve high upfront costs and a lack of access to a viable market.  Some would argue that the oil sands ownership are not Canadian enough or some would say that is too much Canadian owned.
The high upfront costs, the lack of pipeline capacity and the oil sands over concentration on the Canadian market, make it harder for oil sand juniors to operate.  There is little reason to put your capital at risk with a junior player when you have access to some of the largest and best oil sand operators in the world.  It is also hard to justify an oil producer to put most of their eggs in a high cost area with limited pipeline capacity.

SAGD and CSS Operations in the Oil Sands Region

Only 3% surface are of the oil sands could be mined, the rest will need to be drilled.  Using Steam Assisted Gravity Drainage (SAGD), oil producers can get the bitumen out of the ground.  It is a lot cheaper to build a SAGD operation.  The operations will also take up less surface area and don't require the oil sands to be near the surface.
SAGD operations range from 500 barrels a day test operations to 100,000+ barrels a day mega operations.  The companies running SAGD operations range from relatively small oil producers to some of the largest in the world.  Unlike their oil sands mining competitors, SAGD operators are more internationally based, partly because they don't need to operate at the absolute best locations.
The list of Canadian owned operations includes;

The list of American owned operations include; 50% of ConocoPhilips Surmont operation; Imperial Oil (70%); 50% of Cenovus two main operations at Christina Lake and Foster Creek; and the Devon Canada operations.
The list of Chinese owned operations include; CNOOC; 25% of Japan Canada Oil Sands Hangingstone project; Brion Energy operations (the Petrochina assets that were bought from Athabasca Oil); and 12.39% of MEG Energy.
Other notable countries with stakes in SAGD oil sand operations include France with 50% of ConocoPhilips Surmont operation; Japan with 75% of Japan Canada Oil Sands Hangingstone project; Norway with the Statoil operations; the UK with 50% of Husky's Sunrise project (30,000 operating and 30,000 under construction) and the Netherlands with the Royal Dutch Shell operations.
Total ownership percentages on SAGD and CSS projects that is operating or under construction is; 48.8% for Canada, 30.4% for the United States, 8.6% for China, 4.5% for France, 3.2% for the Netherlands, 1.8% for the UK, 1.4% for Japan and 1.2% for Norway.

We only took into consideration the projects that are currently operating or have started construction.  Our numbers came directly from the oil sands projects page from the Alberta government.  We removed the companies that only had test projects running or under construction with less 7,000 barrels of daily production.  We didn't include any projects that were On Hold, Announced, Application or Approved.  We didn't want to guess which companies were capable and/or willing to go ahead with their plans.
For country ownership, we factored in minority stakes in individual projects and in individual companies.  We considered all subsidiary companies to be located in the parent's company's country.  If you see an error on the ownership of a project, please let us know.
One number that took us by surprise was the Chinese ownership or lack thereof.  Maybe it is when they do buy, they buy big, but Canada also seems to, when it comes to commodity assets, sell at or near the top.